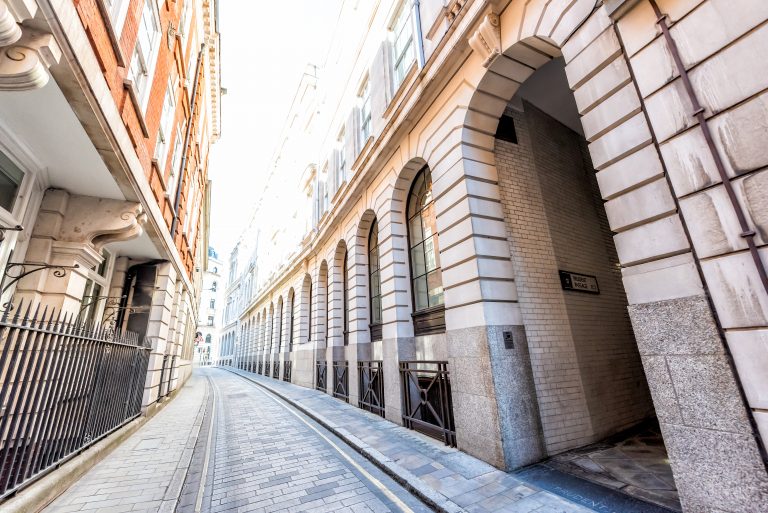 The Bank of England (BoE) has expressed growing confidence that a near-term recovery is gathering pace, although policymakers appear split over the country’s longer-term economic prospects.

Gross domestic product (GDP) figures released by the Office for National Statistics (ONS) showed the UK economy shrank by 2.9% in January as the third national lockdown kicked in. While this left the economy 9% smaller than before the pandemic hit, this latest contraction was actually weaker than most economists had feared.

Survey evidence also suggests that the economy has recently performed more strongly than many had anticipated. Last month’s IHS Markit/CIPS flash composite Purchasing Managers’ Index, for instance, rose to a seven-month high of 56.6 in March, up from 49.6 in February and significantly beating expectations in a Reuters poll of economists.

The minutes from the BoE’s Monetary Policy Committee (MPC) meeting held on 17 March also highlight policymakers’ growing confidence in near-term economic prospects. Specifically, the minutes noted that ‘UK GDP was projected to recover strongly over 2021‘ largely due to the gathering pace of the NHS vaccination programme.

However, the minutes also stated that the outlook remains ‘unusually uncertain’ and ‘continues to depend on the evolution of the pandemic.’ This shows that members of the nine-strong MPC are currently divided when it comes to longer-term prospects.

One member, though, has made it abundantly clear on which side of the debate he stands, with BoE Chief Economist Andy Haldane reiterating his confidence in a quick economic rebound as lockdown restrictions are eased. Speaking on ITV, Mr Haldane said, “Chatting to people, they are desperate to get their lives back, desperate to get out spending and socialising and working. And if that happens then some of those savings… get spent. Even a small amount of them, we are talking about a pretty rip-roaring recovery.” Lower prices for clothing have triggered an unexpected decline in the UK’s headline rate of inflation, although most economists still expect price pressures to intensify during the coming months.

ONS data showed that the Consumer Prices Index (CPI) 12-month rate – which compares prices in the current month with the same period a year earlier – fell to 0.4% in February. This was significantly lower than the previous month’s figure of 0.7% and defied analysts’ expectations of a slight increase in the headline rate.

The largest downward contributor was clothing and footwear, with prices across this sector falling between January and February for the first time since 2007. Usually, clothes prices rise at this time of year as new spring and summer ranges are launched, but weak demand due to the pandemic forced retailers to cut prices, leaving them 5.7% lower than the same period 12 months earlier.

In addition, cheaper toys, computer games and second-hand cars also combined to force down the latest CPI rate. This helped to mitigate the impact of a large increase in fuel costs during February.

Although the Chancellor’s decision to extend the temporary VAT cut for hospitality has reduced some anticipated price pressures, economists are still predicting a sharp rise in inflation over the next few months. Energy prices are expected to fuel a leap in the headline rate, reflecting higher oil prices and increases in regulated household energy bills, as well as the fact that petrol prices will no longer be compared to pre-pandemic levels.

The easing of lockdown restrictions is also likely to unleash significant pent-up consumer demand, with forecasts suggesting the UK public is currently sitting on excess savings of around £150bn. This could allow some businesses to raise prices as they seek to recoup lost revenue from the past year.

Major global indices closed March in positive territory as recovery hopes continue. In the UK, the vaccine rollout continues at pace and the unlocking roadmap is progressing.

In the US, technology shares led the S&P 500 to a record high on the last day of the month and the three major Wall Street indices headed for their fourth straight quarterly gains, with investors awaiting full details of President Joe Biden’s massive $2.3trn infrastructure plan.

The Suez Canal blockage, which had been supporting oil prices towards the end of the month, is now over and all eyes now turn to the next OPEC+ meeting, which is expected to result in continued restraint, with options that including an output roll-over and a gradual output increase. Brent crude closed the month trading at around $64 a barrel, a similar price to last month. Gold is trading at around $1,691 a troy ounce, a loss of 4.98% on the month.

Official statistics show that retail sales staged a partial recovery in February, while more recent survey data has revealed a muted sense of optimism amongst retailers.

According to the latest ONS figures, retail sales volumes rose by 2.1% in February following January’s lockdown-induced plunge of over 8%. ONS said the growth was partly driven by spending on home improvement and outdoor products as consumers began to prepare for an easing of lockdown restrictions. Unsurprisingly, online sales continued to grow, accounting for a record 36.1% of February’s total sales.

Data from the latest Distributive Trades Survey published by the Confederation of British Industry (CBI) suggests March was another difficult month for retailers, with sales volumes remaining below seasonal norms. However, expectations for the current month did turn positive for the first time since December 2019, reflecting the imminent reopening of non-essential stores.

Commenting on the findings, CBI Principal Economist Ben Jones said, “Retailers are looking forward to April with a sense of optimism, given the potential re-opening of the sector across the UK. However, it is clear that the potential easing of domestic restrictions next month will not be a panacea for all retailers. Expectations point to a fairly muted recovery.“

The latest public sector finance statistics show borrowing remains at record levels as the government continues to spend vast sums supporting the economy through the pandemic.

Figures released by ONS revealed that UK public sector net borrowing (the gap between the country’s overall income and expenditure) totalled £19.1bn in February. This was £17.6bn more than the comparable month last year and the largest amount borrowed in any February since records began in 1993. Total public sector debt now stands at £2.13trn which equates to 97.5% of the UK’s annual economic output.

Despite the mounting level of debt, economists have supported the need for greater government spending in the midst of the current economic contraction. The Chancellor once again defended his actions, saying the government’s support package was “the fiscally responsible thing to do and the best way to support the public finances in the medium term.”

The latest data also offered some positive news, with February’s level of borrowing coming in below analysts’ expectations and ONS announcing a downward revision to January’s figure. As a result, total borrowing in the current fiscal year is now expected to slightly undershoot the Office for Budget Responsibility’s most recent mammoth forecast.

It is important to take professional advice before making any decision relating to your personal finances. Information within this document is based on our current understanding and can be subject to change without notice and the accuracy and completeness of the information cannot be guaranteed. It does not provide individual tailored investment advice and is for guidance only. Some rules may vary in different parts of the UK. We cannot assume legal liability for any errors or omissions it might contain. Levels and bases of, and reliefs from, taxation are those currently applying or proposed and are subject to change; their value depends on the individual circumstances of the investor. No part of this document may be reproduced in any manner without prior permission.